Today I’ll be writing about my haunted house experience. This isn’t like a haunted house in an amusement park, this is like an actual haunted house that my friends and I found. Also, this happened before the pandemic before we all have to school from home.

So I was just minding my own business at school when I saw some people gathering near the window. I dragged my friend to come with me and see what the heck is going on. I asked one of them what happened and they pointed to one of the houses. “People say that the yellow house is haunted,” she said.

At first, I didn’t believe her because this isn’t the first time a rumor like this has been going on. But I’ve always been into paranormal things so I decided to ask her if they have any proof that it’s actually haunted.

“Well they say they saw a grandma came out of the house,” she answered. What the heck? Is that supposed to mean something? I grabbed my friend out of the crowd. We both shared a look and went to class.

Lunch break came around and I dragged my three friends to come to see the “haunted” house with me. Nothing is out of the ordinary. Until we saw a woman came out of the house. 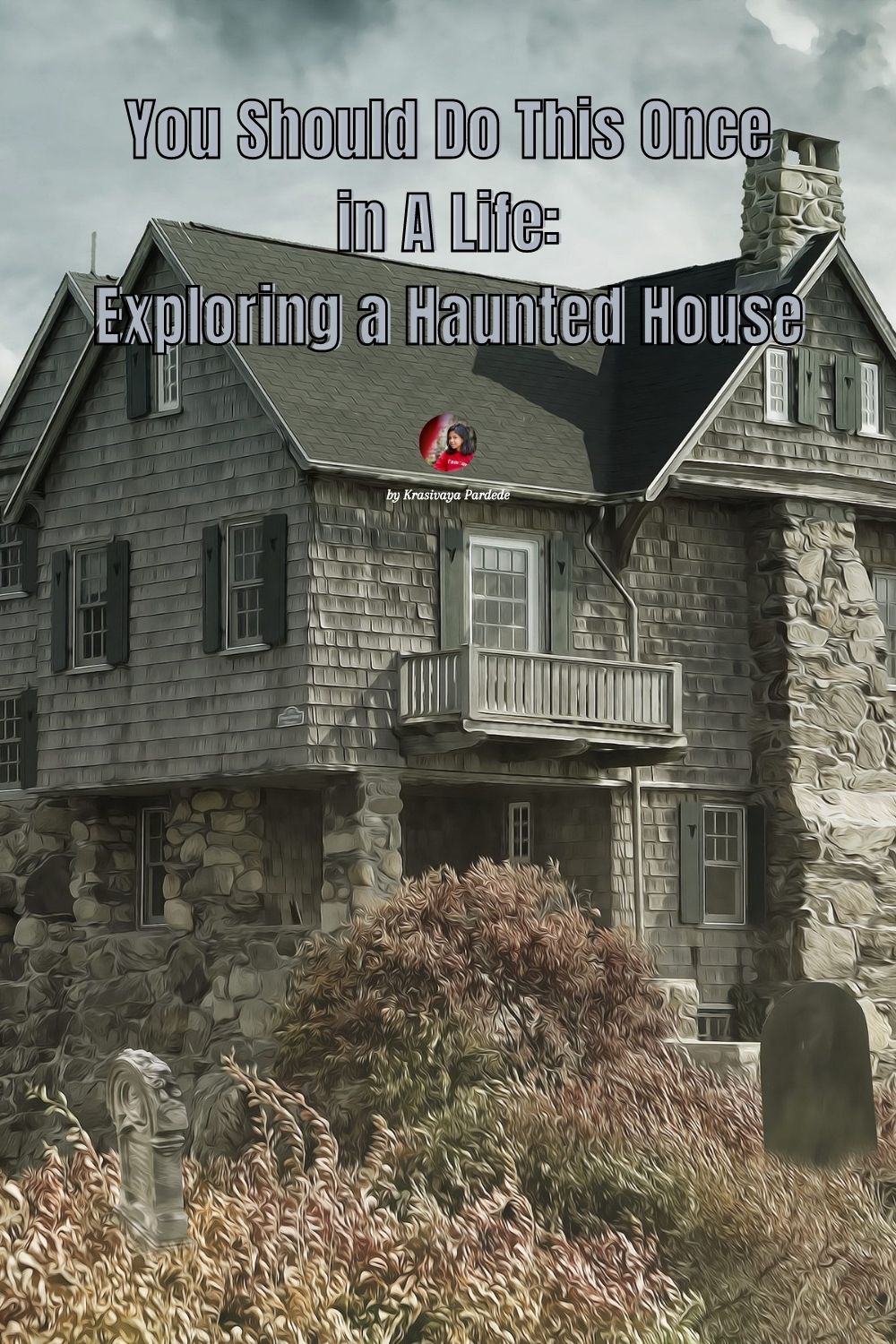 Now before I continue, let me describe the house.

First. It has two floors. By the way, from our school, we can only see the second floor. The second floor has a balcony and the front door of the balcony has two sides. The right side is covered by the curtains and you can see a silhouette of a woman on the left side. And there are chairs on the balcony. And it’s painted yellow.

Now, we saw a woman came out of the balcony. It’s only me and my other friend. The other two left, they got bored I guess. And then the woman just vanished. Like actually vanished. Like a fade-out effect but in real life.

“YOU SAW THAT RIGHT?” I asked her. She nodded.

I told my friends, but I don’t think they believed me. I mean of course, if I were them I wouldn’t believe me either. I freaked out but in a good way because I’m excited that something interesting finally happened in my life.

Well, my friends and I decided to see the haunted house for ourselves. One of my friends knew the directions to the house but can’t go with us. In the end, only three of us can go to the haunted house. Me and my other two friends. But apparently, one of them can’t make it,  so it’s just the two of us.

Before the d-day, I asked my mom and unfortunately, she didn’t allow me to go. But I obviously rebel against her and go anyways without her permission.

My friend’s mom allows her so that’s fortunate. She texted me about it and we’re both ready to go visit the haunted house.

After school ended, we both went to the library, put our bags, took our phones, wore our hoodies, and we sneak out of school. We vlogged the way through just in case we got lost.

Halfway through, we met one of our friends who are already in their car. We waved at him but I don’t think he saw us. And about a minute or so later one of my school drivers stopped by and asked if I’m going home. I said I have a school project. He gave me a thumbs up and drove off.

And about five minutes later, we saw a security guard. We’re obviously not from the neighborhood so they asked where we were going. He was obviously suspicious of us. Like we are two pre-teens who don’t even live here and we were recording with our hoodies on. I hid my phone and I said that we’re on our way to a friend’s house. We successfully got past the security guard.

We finally found our destination. The house. We were about to knock when we noticed a car inside. Somebody actually lives here. We checked again and there are two toy bikes. I don’t think this house was abandoned or haunted.

“I knew it,” my friend complained. We took a video proving that it’s not real and there’s nothing to be afraid of. We walked back to school. My shoes and socks were soaking wet from walking in the puddles.

And halfway through the same school driver said that my mom texted him that I don’t have any school project. I said yea and that I will go with him when I arrive at school.

When we got there, we showed the video to our friends and then we went back home.

It’s a useless but interesting trip.

Did I get scolded by my mom? Of course, but I didn’t really mind it. How am I so confident in breaking the rules? I honestly don’t know. But I’m telling you guys that you should try and explore a haunted house at least once in a lifetime

2 thoughts on “You Should Do This Once in A Life: Exploring a Haunted House”