Roblox is the perfect platform to play with your friends. Roblox provides many fun multiplayer games with different varieties, starting from roleplay to survival games, you name it.

Well, if you enjoy playing Roblox and playing with your friends, here are the best Roblox games to play with friends! 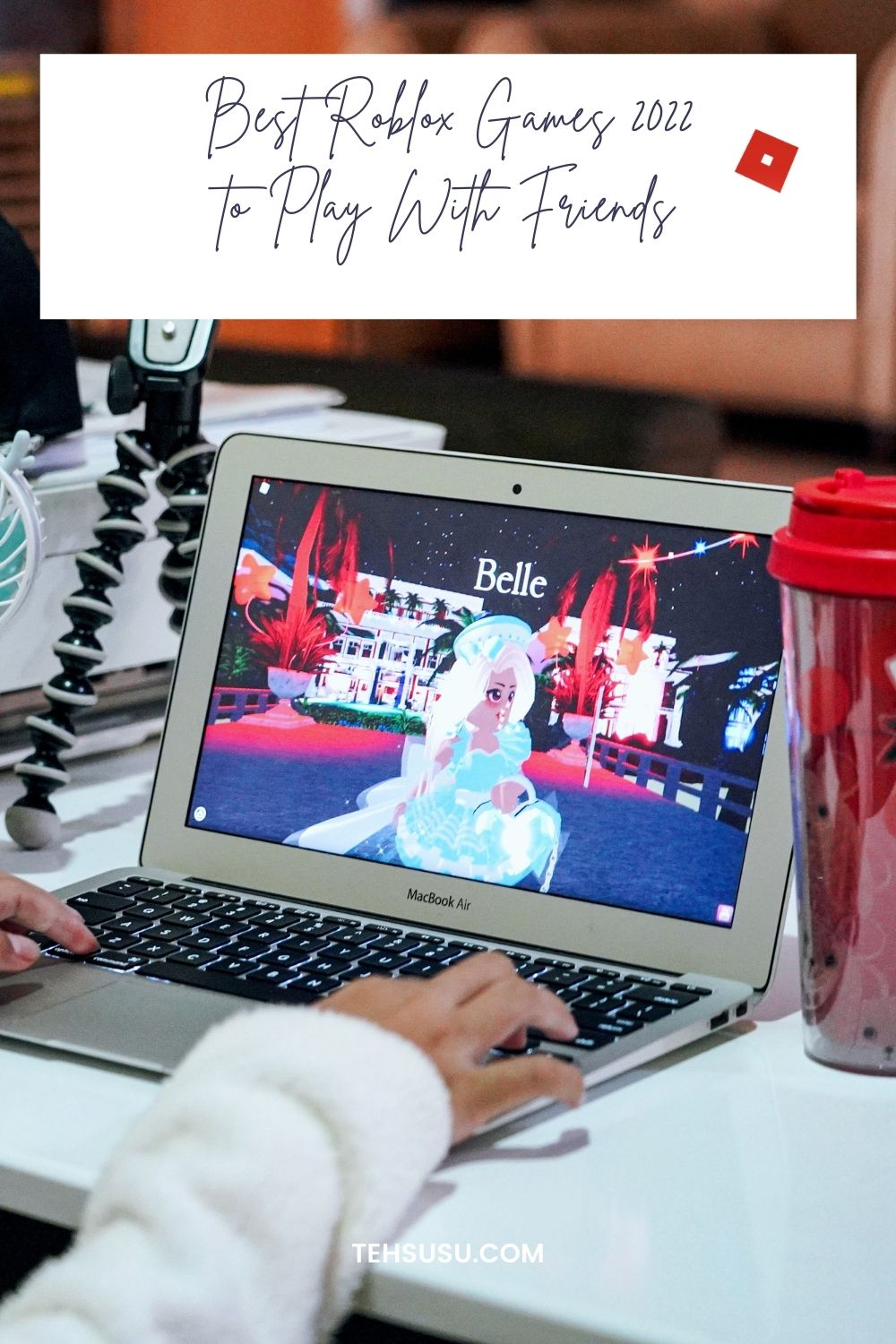 Adopt Me! is a game where you can roleplay and raise pets and babies. Right now, players mainly adopt pets, but before pets arrived in the game, it was mainly about adopting and raising babies.

You can trade your pets and collect legendary ones. You can dress them up, decorate your house, and hang out with your friends! New pets arrive every season or theme (Halloween, Lunar New Year, and so on) so you won’t get bored easily.

This game is one of the top games that I’ve played with my friends so I definitely recommend it.

Royale High is a game mainly about dressing up. Similar to the last game, Royale High also releases new sets of clothes every season or theme. This game is also a roleplaying game where people can roleplay about being in the magical school.

I honestly forgot that this was a roleplaying game because lately, I’ve only focused on the stunning outfits. Overall a fun game to roleplay and dress up with your friends, highly recommend it as it is also one of the top games that I’ve played with my friends! Murder Mystery 2 is a classic game to play with your friends. Just as the name suggests, it is a game where you have to catch the murderer before they kill all the players on the server.

As far as I know, there are three roles: Murderer, sheriff, and innocent. The murderer’s objective is to kill everyone before they get killed by the sheriff. If the sheriff got killed, an innocent will take their gun and they became the one who needs to kill the murderer.

It’s a fun mystery game to play with your friends as long as you guys aren’t teaming, that kind of ruins the whole point.

If you prefer combat games, I recommend this game, Arsenal. I don’t play it often but I did have a whole era dedicated to it when I was addicted to this game.

So, players will be sorted into groups and they have to try to kill the opposite group. It is a fast-paced shooting game, similar to Call of Duty. It’s a good game for when you want to battle with your friends and builds a competitive atmosphere when you guys are in different teams.

Even if you guys are in the same team, it will also be competitive as people also fight for the highest kill count. I used to collect so many screenshots of my killstreaks too.

Brookhaven RP is currently one of the most popular games in Roblox. It has three hundred thousand active players by the time I’m writing this. It is a simple city roleplay where you can experience living in a virtual city.

Just like any other city roleplay, you can buy your own house, drive cars, and hang out with your friends, or just make new ones! If you want to make a story in Roblox like those roleplay YouTube videos, I highly recommend checking this game out!

Blox Fruits has been pretty popular since 2019. Well, how though? Well, it has the creativity and grinding put into it and in addition, it’s a multi-player game, making it possible to play with your friends. It also creates a fun world of sailing and treasure hunting. And, well, from the title you can probably tell that it has fruits, it’s fruity.

I’ve actually barely played this game, not ‘cause it’s bad, just because it’s not my type of thing. I either play horror games or roleplay games, no in-between. But I did my research.

In Blox Fruits, you have two roles to pick from, you either choose to become a sword-wielding expert and take down strong enemies or choose to be one of the people who exert the power of the fruits. The fruits also have powers such as shooting out fireballs.

Compared to the rest on the “best Roblox games to play with friends” list Tower of Hell is a little different. I’m sure you’ve heard of the game, it’s really popular and was played among most Roblox players.

Tower of Hell is basically a tower obby, but the twist is that it’s ridiculously difficult to get to the top of the tower and win. It has over fifteen billion visits with over eight hundred thousand dislikes, probably from people rage quitting.

Many Roblox players have actually mastered Tower of Hell. Not me though, I’ve never actually beaten the tower I don’t think. Props to people who can actually beat it in under a minute.

Pet Simulator X is a simulator game where you can collect pets. I actually played it for the first time with my friend a few days ago. Basically, you collect coins and then you buy eggs with those coins.

You basically just keep collecting pets and increase their power. The pets also have rarities. Well, I’m lucky enough to get a rainbow cat with 303 million power from this random guy who’s giving out free pets. If you want to check that out, here’s the video.

So, those are the best Roblox games to play with friends! I hope this somehow helped in case you have no idea what to play with your friends. Here is the source for most of the games on this list.

2 thoughts on “Looking for Roblox Games to Play with Friends in 2022? Here is the list!”